According to Flipkart “There has been a change in the lenders that powers Flipkart Pay Later for you. To continue enjoying your Flipkart pay later benefits, please complete the KYC.”

Flipkart Pay Later facility allows all customers to buy any products and pay later next month. The limit of Pay Later account starts from Rs.5000 and it will increase if you pay your dues on time.

Here we will tell you how to complete KYC online for Flipkart Pay Later account in just one minute.

Step 1: Open Flipkart Pay Later account and you can see it is asking for submitting KYC, tap on Submit your KYC. 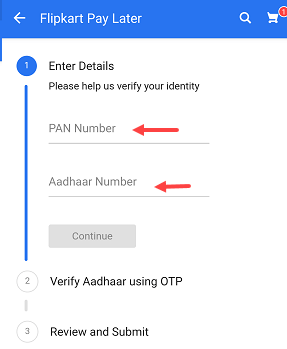 Step 3: Now you will receive OTP on your aadhaar registered mobile number. Enter this OTP and click on verify. 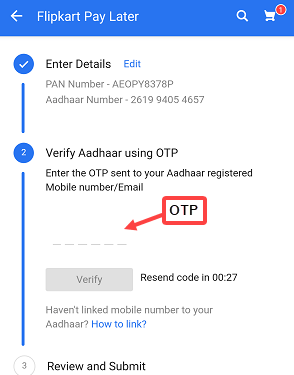 Step 4: After OTP verification, now review your details are correct and submit your details. 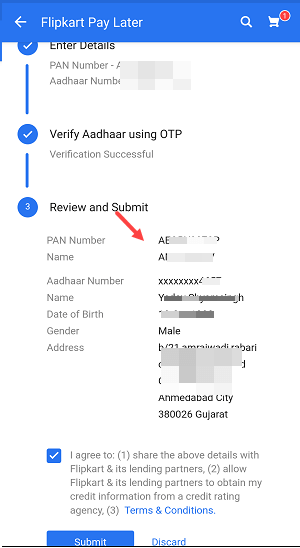 Done! you have successfully submitted your KYC to reactivate Flipkart Pay later. Now you can use your Pay Later account again. 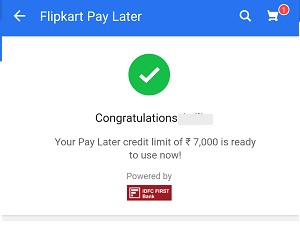 1: Is it safe to submit Aadhaar, Pan details?

Ans: Flipkart Pay Later service is powered by IDFC bank so yes it is safe to submit your details to complete KYC.

2: My Mobile number not registered with my Aadhaar card, how to receive OTP.

Ans: First register your mobile number with your Aadhaar card to receive OTP for verification.

How To Restore Deleted Contacts on Android Phone

How To Activate & Use Amazon Pay Later

How To Select Channels in Airtel DTH & Create New Pack