ICICI Pay later users can use his/her Pay later money for online payment like shopping on Flipkart, Amazon, myntra etc, Pay online bills, fees or book online tickets. You will get up to rs.10,000 loan amount on ICICI Pay Later and this amount you can pay within 45 days without any interest.

If you are eligible for ICICI pay Later then you can also get interest-free credit up to Rs.20,000. You can check your ICICI Pay Later account using ICICI mobile banking.

Step 1: First you need to select the Net Banking option in the Payment page and select ICICI Bank.

Step 2: Next screen log in to your ICICI net banking by entering User ID and login password. 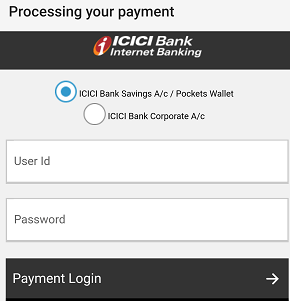 Step 3: On the next page select Pay Later payment mode as you can see below screen. 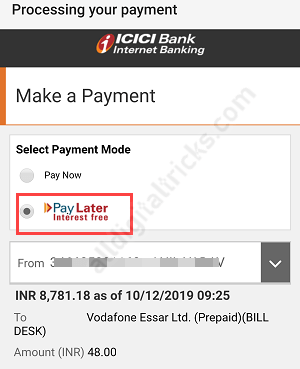 Step 4: After selecting Pay later, you will receive One Time password on your bank registered mobile number. Enter this OTP to verify your transaction. 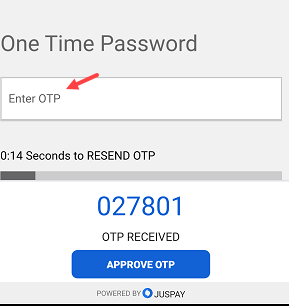 After enring OTP, your transaction will be Succesful. That’s it you have successfully paid amount using ICICI Pay Later account. 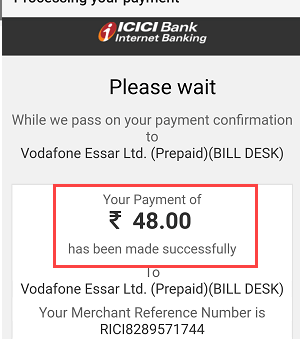 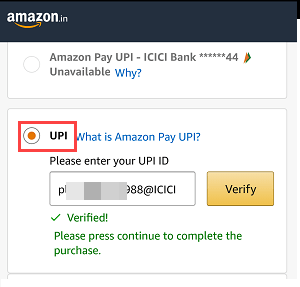 How To Activate Online Transactions for ICICI Debit Card

How To Get ICICI Bank OTP by Sending an SMS

How To Use ICICI WhatsAPP Banking